Pledge to Spread Breast Cancer Awareness and Prevention This October...

How Does Smoking Cause Cancer?... 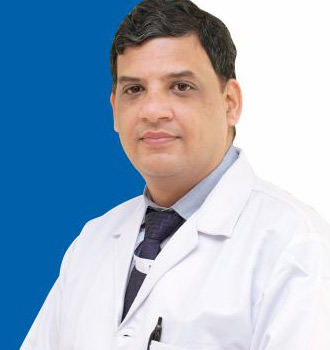 It is cancer that begins in the lungs. The lungs are spongy organs in the chest that bring in oxygen to the body when we inhale and release carbon dioxide when we exhale.

Currently, lung cancer is the most fatal of all cancers and causes the most cancer deaths worldwide.

Signs and symptoms of lung cancer can include a cough that isn’t going away, coughing up blood, shortness of breath, hoarseness, unexplained weight loss, chest and bone pains, and headaches. A person might also repeatedly contract respiratory infections like bronchitis or pneumonia.

As lung cancer spreads, more symptoms will develop, depending on the site of spread. You can consult some of Delhi’s best oncologists at Aakash Healthcare to learn more.

Large cell carcinoma (10% of lung cancers) can be found anywhere in the lung, although it is more commonly located in the outer portion of the lung.

Small cell lung cancer (15% of lung cancers) usually begins in the major airways known as bronchi, although, a minority of these can be found in the outer portion of the lung. This type of lung cancer is found mostly in patients with a history of smoking. SCLC grows and spreads faster compared to NSCLC. It is also more likely to respond to chemotherapy but on the other hand, it is less likely to be cured with treatment.

Mesothelioma is another type of lung cancer and is usually associated with asbestos exposure.

As mentioned, the greatest risk factor for lung cancer is tobacco smoking (both active and passive smoking) and this includes all forms of tobacco smoking like cigarettes, Beedi, Hukka, Cigars, Pipes, etc. Tobacco smoke contains thousands of toxic substances that lead to the development of addiction and many types of cancers. Smokers have a 15 to 30 times increased risk of developing lung cancer than those who don’t smoke.

With rising levels of air pollution in metropolitan cities, today inhaling secondhand smoke is also a major risk factor. Every year thousands of people who’ve never smoked lose their lives from lung cancer in India and this is caused by secondhand smoke. Records from the best hospitals for lung cancer treatment in Delhi now point towards non-smokers making up almost half of all the lung cancer cases they treat.

Exposure to a naturally occurring radioactive gas called radon also increases the risk of lung cancer. Radon(radioactive gas) rises from the ground, enters buildings through small cracks, and escapes into the air where it decays and produces further radioactive particles and as we breathe, these radioactive particles are deposited on the cells lining the airways, where they damage DNA and potentially cause lung cancer. It is one of the leading causes of Lung cancer. Radon concentration can easily be measured indoors, with a small passive detector.

The risk of developing lung cancer is also high if a person is exposed to toxic substances like diesel exhaust and asbestos at the workplace.

Other risk factors include a family history of lung cancer and prior radiation therapy to the chest.

Stage of cancer describes how far cancer has spread through the body.

· Localized, wherein cancer is restricted in the same lung

· Regional, wherein cancer has spread to nearby tissues or lymph nodes

· Distant, wherein cancer has spread to other parts of the body

Treatment for non-small cell lung cancer (NSCLC) varies from individual to individual and depends on specific details of your health and stage of lung cancer.

Single surgery to remove a portion of the lung could be enough and chemotherapy may be recommended, especially if there is an increased risk of recurrence.

Surgery to remove the portion of the lung or complete lung followed by chemotherapy is recommended.

This can require a combination of chemotherapy, surgery, and radiation treatment.

This is particularly hard to cure and treatment includes surgery, radiation, chemotherapy, targeted therapy, and immunotherapy.

Treatment for small cell lung cancer (NSCLC) also includes chemotherapy, immunotherapy, and radiation therapy. In most cases, the cancer is too far advanced for surgery.

It’s a good idea to always get a second opinion before you begin treatment, this will give you a new perspective and confidence in the line of treatment you settle on. Our doctors, some of Delhi’s best lung cancer specialists, can help make that happen. If you’re diagnosed with lung cancer, your care can be managed by a multi-disciplinary team of doctors; a Medical Oncologist who specializes in lungs cancer, an Oncosurgeon (with experience in dealing with lung cancer), and a pulmonologist . In contemporary times cancer care has experienced a paradigm shift and is all about comprehensive care, which requires commitment, expertise and a strong spirit. The Oncology team at Aakash Healthcare Super Speciality Hospital brings together the brightest minds in surgical & Medical Oncology.

Our medical oncology specialists provide state-of-the-art cancer care to the patients. Our team specializes in treating cancer with chemotherapy by the use of medicine to kill cancer cells, usually by stopping the cancer cell’s ability to grow or other medications, such as targeted therapy and oral - in pill - chemotherapy.