Effects of Coronavirus on Heart Patients...

A Circular on Smoking...

How smoking can affect your Heart Health...

You don’t need to be afraid of getting Angiography...

Why are more and more young people getting heart attacks? 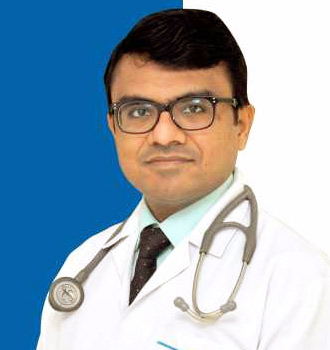 Apart from the untimely and sad demise of renowned television artist Sidharth Shukla, who succumbed to a heart attack aged just 40, the incidence of heart disease among young adults has grown considerably. According to the Indian Heart Association, heart disease is striking more Indians at younger ages compared to other countries. Over half of all heart attacks in Indian men happen to those under the age of 50 while 25 per cent of all heart attacks in Indian men strike men under 40, even Indian women suffer higher mortality rates when compared to other countries.

Is there something leading to more young Indian adults seeking heart treatment in hospitals across the country? It is a well-established fact that Indians and South Asians in general are at more risk of developing heart diseases and some studies have revealed that young Indians develop heart diseases almost 10 years before their western counterparts.

A young adult with diabetes is almost 4 times more likely to die from a heart attack than adults who don’t have diabetes. The problem develops when blood sugar isn’t under control; high blood sugar damages blood vessels, increasing the chance of fat deposits building up in arteries and causing atherosclerosis.

Patients with diabetes will likely have other chronic health diseases that greatly increase the risk heart attack; this includes high blood pressure and cholesterol.

Hypertension is on the rise

Hypertensive patients are at higher risk of developing cardiovascular disease and unfortunately, the incidence of hypertension is also rising faster in young adults especially in India. High blood pressure thickens heart muscles, damages blood vessels, and increases the risk of a heart attack.

Obesity is a major risk factor

Being overweight can greatly influence the risk of having a heart attack; extra weight places more pressure on your heart. Obesity alone will make a person more likely to have a heart attack even if healthy. Being overweight and obese often bring about other health conditions that ruin their cardiovascular health, for instance as diabetes, high blood pressure, and high cholesterol.

If you’re entertaining vaping, you’re not in the clear either. E-cigarettes have nicotine and other toxic compounds that increase heart rate and blood pressure. Vaping increases the chances of having a heart attack by almost 34%.

Experts are still undecided on the effect of marijuana on your heart, but it does boost your heart rate and this alone increases the risk of having a heart attack. The impact of other substances on your heart is well established. Drugs like cocaine increase heart rate, tighten blood vessels, and raise blood pressure, all of which cause heart attacks.

Here is no definitive age by which a person will have a heart attack, but the lifestyle choices we make, our nutrition and diet, workout regularity and how we manage our stress levels can influence the probability.

If you are looking for best heart attack treatment and if you have any query related to benefits or complications post heart attack surgery, or best cardiologist in Delhi, make an appointment with us today. The department is highly trained in dealing with heart problems in adults, children and young population. The department of cardiology has the best heart doctors in Delhi and provides an alternative treatment option for patients with end-stage heart failure through procedures such as Pacemaker, ACD, CRT, Heart Hole surgeries (ASD, VSD, and PDA), Paediatric Cardiac Surgery, Angioplasty and Angiography.