Know All About Brain Tumour...

What to do in case of sudden brain stroke?... 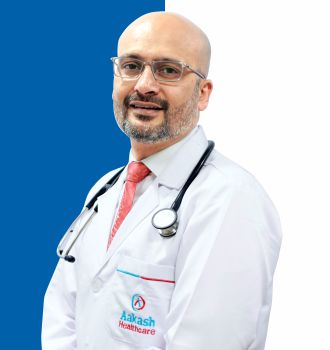 Epilepsy is a common, at times chronic condition that carries physical risks, and psychological consequences along with social and economic troubles that reduce the quality of life. Managing and treating patients who have epilepsy demands sincere and long-term commitment equally from general practitioners (GP) and neurologists.

The major requirements are complete diagnosis, selection of best treatment, and constant compassionate caring counseling appropriate to every person’s needs. We’ve been providing treatment for epilepsy in Dwarka for many years and the majority of outpatients enter remission and are discharged under the care of their GP, while the rest require continuous care at our specialized hospital for epilepsy treatment in Dwarka.

First of all, our patients and their family will be made sufficiently well informed so that they make the right decisions on treatment options, whether they’ll need long-term treatment, and also inform them of other options for dealing with any drug-resistant possibility and its consequences.

At Aakash, this process involves total cooperation between the neurologists and nursing specialists, and primary care physicians that ensure our patients get the best treatment for epilepsy in Dwarka.

The decision to begin the treatment shouldn’t be made lightly as there is a balance between the chances of further seizures with their risks, and there is a tiny but real risk of

unexpected death. The regular consequences, inconvenience, and risks of taking regular medication for each individual also vary. Read on to learn about different treatments and management of Epilepsy.

Prophylactic treatment is advocated for patients who have had a severe head injuries. While it is true that immediate treatment can reduce the risk of early post-traumatic seizures (within a week of the injury) it doesn’t have any influence on the risk of late post-traumatic epilepsy with many studies on this issue failing to show any evidence of benefit.

The course of treatment, if any, for patients who have had their first seizure is a common clinical dilemma. The risk of a second seizure for two years is 30–40%. The lowest risk (24%) is in patients who have no identifiable causes of the seizure, and those who have a normal electroencephalogram (EEG), whereas the maximum risk (65%) is for those who have cerebral palsy or weakness in the brain.

Treatment after a first seizure reduces this two-year risk of recurrence of seizures from approximately 40% to 20%.5 However, this is not to be taken as a sign of any improvement in long-term outcomes like one-year remissions. Our neurologists will not advocate treatment casually, but make sure to begin treatment immediately for patients who are at a high risk of recurrence.

The decision to begin treatment is relatively easier and straightforward for patients who have recurrent seizures and a clear diagnosis of epilepsy, especially if they have an identifiable syndrome with a predictable prognosis, like juvenile myoclonic epilepsy.

The three main principles of treatment:

The main aim of treatment is to stop or reduce the occurrence and intensity of seizures without any side effects. Pharmacological factors that influence the choice of drug will be based on efficacy, toxicity, and ease of use, all of which will be considered concerning each patient’s individual needs.

It is quite difficult to compare the relative efficacy of antiepileptic drugs (AEDs) because of the varied responses to treatment. On one end are patients who have mild epilepsy and respond to most drugs at low dosages, and at the other extreme are those who have a severe condition that is resistant to all medication, single or in combination.

Carbamazepine is the most effective drug for partial-onset seizures, and no drug has been shown to possess greater efficacy. Valproate and phenytoin are also effective but there are concerns about their cosmetic effects and potential effects on fetal growth greatly limits their use in women who are of childbearing age.

There is good news with new studies indicating the certain potential for newer drugs to become first-line agents that can effectively treat and manage epilepsy.