What Should Be the Nutrition During Pregnancy...

Pregnancy Hospital Visits: How to Plan... 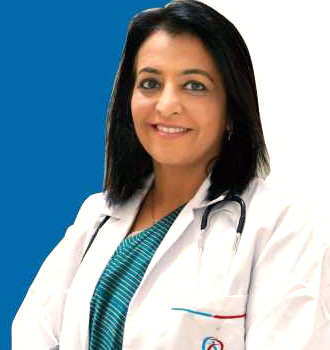 Upon entering puberty or just before; the bodies of both adolescent boys and girls change their way to becoming full-grown adults. These changes manifest differently for the sexes.  Girls begin menstruating around this age, also called bleeding or a period. Menstruation normally occurs (for girls and in turn women) once every month and is a process that prepares their bodies for bearing children; this is called a menstrual cycle. In medical terms, menstruation occurs upon the uterus shedding its lining once every month, this is discharged through the vagina in the form of blood and some other material once every month; this monthly occurrence ends when women reach menopause (when the menstrual cycle stops) or is temporarily halted during pregnancy. Common symptoms which accompany menopause include bleeding, headaches, nausea, bloating of the body, lower abdominal pain, fatigue, irregular mood shifts, and even diarrhea. Menstrual pain manifests primarily in the form of cramps and pain in the lower abdominal area, this pain can be felt even before the beginning of the menstrual cycle. The nature and level of menstrual pain can range anywhere from bearable and dull to acute and severely sharp; so much so that menstrual pain is the leading cause of women (under the age of thirty) being absent from daily activities like work or school; absenteeism.

Menstruation and its symptoms are usually manageable but at times they are not. Painful menstruation is known as Dysmenorrhea, of which there are two types; primary and secondary.

Primary dysmenorrhea is common menstrual cramps that are recurrent (come back) and are not due to other diseases. Secondary dysmenorrhea is pain that is caused by a disorder in the woman's reproductive organs, such as endometriosis, adenomyosis, uterine fibroids, or infection.

At times, the level of menstrual pain experienced varies from cycle to cycle, a host of factors may be causing these irregularities though it is at times just not possible to pinpoint an exact cause. Some women are at higher risk of suffering higher menstrual pain and the causes include

Apart from the potential causes stated above; certain pre-existent medical conditions can cause higher menstrual pain. These are in some way connected to a hormone called Prostaglandin, which is the trigger that causes muscular contractions in the uterus leading to discharge and shedding of the uterus lining. Prostaglandin levels rise before menstrual cycles begin, causing inflammation and pain. Some of these conditions are listed below.

In case debilitating pain occurs every month or three months straight if periods are accompanied by diarrhea and nausea, if blood clots are found in the discharge or if the discharge itself smells foul. Meet your gynecologist so that she can investigate and treat you according to your problem.