COVID Has Again Picked Up Pace: Be Vigilant & Wear Mask...

How Does Obesity Cause Shortness of Breath?...

Pneumonia: Everything You Need to Know!...

Air Pollution and its Adverse Effects on Health 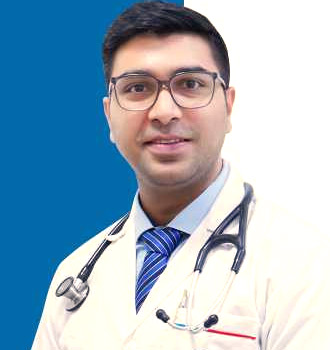 This is a tragedy that repeats itself each year without fail, every winter. Instead of respite from the summer heat, today the onset of winter in Delhi- NCR is associated with severe air pollution and smog. Despite COVID-19 claiming innumerable lives because people were unable to breathe, the public has once again, without remorse, burst crackers and contributed significantly to air pollution. Before Diwali, the pollution levels seemed to have improved but in a matter of hours, we were back with a “severe” Air Quality Index of 500. What is truly tragic is that we have accepted this state of collective suffering and we ourselves are the cause of our failing health and the dire future that beckons before our children.

Air pollution has been a bane in urban areas for a long time and Delhi, the capital of our country, ranks among the top 3 most polluted cities in the world. Of late, there seems to be some movement on tackling air pollution here, but it’s the same story every year; whether it’s stubble burning or bursting crackers, we have to accept that not much has been done

We all are aware that air pollution is an environmental and health hazard. We know and feel the same things when we see the grey cover over what would have been blue skies. Some air pollution can’t even be seen, yet its pungent smell disgusts and alerts us.

Exposure to high levels of pollutants in the air is associated with significant oxidative stress and inflammation in human cells, which are a doorway to many chronic diseases and cancer. The World Health Organization (WHO) classifies air pollution as a human carcinogen: i.e., it causes cancer, without any doubt.

Air pollution is a concoction of harmful elements from both human and natural sources.

Exhausted emissions from vehicles, smoke that bellows from manufacturing and power units like coal run power plants, home use fuel oils, and natural gas to heat and cook, and fumes from industrial chemical products are the major sources of human-caused air pollution. Even natural processes release hazardous substances into the air such as smoke from wildfires (which are caused by climate change which is caused by us), ash and gas from volcanic eruptions, and gases like methane, which are a result of decomposing organic matter in the soil.

How does air pollution harm our health?

Air pollution will primarily cause respiratory issues, if not disease at first, after which other physical complications may follow. Here are some adverse effects air pollution has on our health:

Long-term exposure to air pollution is detrimental to the health of our eyes and vision. It can cause eye burning, watering, dry eye syndrome, blurred vision, and glaucoma.

Who is at most risk from air pollution?

Air pollution adversely affects health in general for everyone but some groups are vulnerable to more harm than others.

Research on the long-term effects of air pollution on children’s respiratory health has found that heavy air pollution increases short-term respiratory infections. It is ironic and tragic that kids who play outdoors are more likely to develop asthma and children with asthma when exposed, were much more likely to develop breathing complications along with lung damage.

Inhaling PM 2.5, even at low levels, may end up altering the development of a child’s brain which increases the risk for cognitive and emotional problems later on like slower processing speed, attention-deficit, and hyperactivity disorder (ADHD) symptoms, etc. Prenatal exposure to particulate matter has also been associated with lower birth weight. Pregnant women exposed to high levels of fine particulate matter are at twice the risk of having a child with autism and high blood pressure from a very early age.

In older adults, air pollution was linked to a greater chance of developing neurological diseases like Parkinson's, Alzheimer's, and other dementias.

These are still nowhere near all the ill effects that air pollution causes. So, the next time you burst crackers, remember that since 2000, almost no child in Delhi has been born with fully developed and functioning lungs.

We all know that Air pollution in Delhi has been one of the biggest problems for decades now. If you stay in Delhi and have breathing problems especially during the winter season, book an appointment today and consult one of the best pulmonologists in Delhi. Aakash Healthcare Superspeciality Hospital is considered one of the best hospitals for respiratory diseases treatment.